Let’s keep it plain and simple: CTRL + ALT + DEL is the only good thing we can tell you about Brockville. A weekend to forget; let’s move on!

– Éric showed us he should have been a car stuntman by pulling off a “Dukes of Hazzard” move. He went through a railroad crossing with some serious speed (let’s be honest: the crossing was not necessary flat). We ended up in the air for a few seconds. The landing was even more classic as Martin’s minivan suspension was seriously tested.

– Throughout the years, we have been talking a few times about a certain house that needed some love in Brockville. This year, we took the time to take a picture of the front side to show you what we meant. Enjoy! 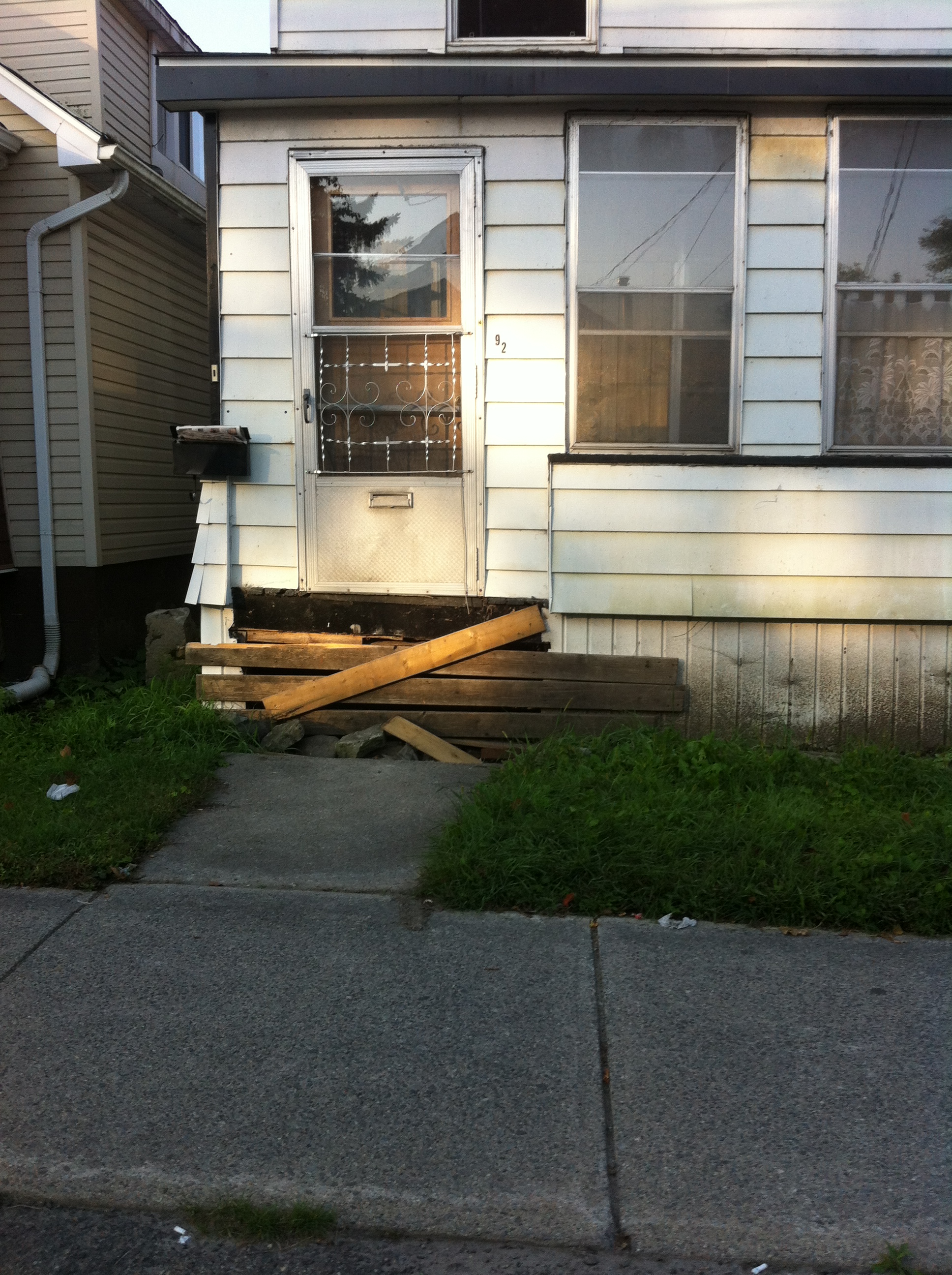 Next up is the Stu Sells in Toronto during Thanksgiving weekend!

The sun is hot and bright, we are wearing Bermudas, yet we are still driving towards Oakville to play curling in the “OCT Championship”. We chose to add this tournament in our schedule to give us extra preparation for the upcoming Pre-Trials. That is 7 and half hours of driving for Martin and Éric in order to get there! Nonetheless, we are ready to go for our first day, which includes 3 games!

Funny thing, we play the first match of our season against the team we are schedule to play first at the Pre-Trials, Bryan Cochrane. They don’t play such a good first half, and they end up being down by 5 after 5 ends. Even though we finally win only by 1 point, this is the result of a ‘’low risk, low reward’’ strategy that JM is able to use because of our strong lead. Since this game was also the first rocks of the year that Éric and Martin were driving, we are satisfied with the result.

Even though muscles are getting sore very quickly, we manage to squeak out a tough victory against Paul Madgett, a senior team that, like almost every senior teams, we making serious damage with their soft weight shots. Add to that a pretty convincing victory against Jake Walker, a former Canadian Junior Champion, and we are heading towards the hotel tired but satisfied. It does not take long for any of us to sleep after we hit the pillow.

For the last game of the round-robin, the picture is pretty clear: a win against Ryan Myler with a good shoot-out and we have a very decent chance to earn a bye into the quarter-finals on Sunday. We have a solid shoot-out and come out of the gates strong but a sweeping mistake in the 4th end brings both team to square one. In the 5th, what seemed to be a very possible steal of 2 for Myler turns to a nightmare when they try a gusty shoot and badly miss it. We instead take 5 points and win the game. Add to that the best shoot-out performance from all the teams at 4-0 and we avoid playing at 10PM on Saturday.

Craig Van Ymeren and company are the opposition on Sunday morning. They play well, even though we are not opportunist and the sweepers still have issues figuring the ice speed. We need to steal the 8th end and Van Ymeren, who drew beautifully all game long, comes out short on his last draw of the game. We will take this one and move on.

The world runner-ups are next for us. This game can be summed up to us not capitalising on our chances and them playing a very nice defensive game. We need to steal the 8th to force the extra end, but Jacobs hits and stick for the win.

Considering the team barely threw a rock before playing the tournament, we are happy with our results and considerer that getting rid of the rust will help us challenge a very tough field at the Shorty Jenkins Classic.

Highlights of the weekend:

– Pierre Charette was in Toronto to see one of his horses, Frankies Dragon, race! A supper with Pierre is always entertaining and it was a great time with him. Thanks Duff!

– For reasons too complicated to explain, the food plates of Phil’s dog were in the car all weekend long and Éric was having so much fun banging them together and throwing them as far as he could. On our way back, Éric fell asleep and Phil got his revenge by violently banging them together to wake him up! WAKE UP BUDDY!

Greetings to you, loyal fans!

We are about to start a new curling season and the least we can say is that it sure looks exciting. As usual, one of our primary objective will be our quest for “the St-Graal” (The Brier), but this year is also very special because it is an Olympic year and our team qualified to compete in the Olympic Pre-Trials, which will be played in early November in Kitchener-Waterloo. This competition has already been dubbed “The Blood Bath”, since only 2 tickets will be available between the 12 teams fighting for it. “Fighting” is the proper word, as the competition will be ferocious, but we are confident that we have built a very wise schedule which will allow us to peak at the right time, considering we need not to forget our other objective, winning provincials and the Brier.

We remind you, we insist, we bug you about it, relentlessly: we would not be able to support such a full calendar without the precious support of our sponsors: IamGold, Performances Brushes, Fournier Industries; SDV Logistics and Performance Curling Wear. We will never thank them enough for the support they give us, but we will say it again: thank you to help us in our quest for excellence.

Our first tournament is from September 5-8 in Oakville Ontario. Until then, you can find us on the stationary bike or in the weight lifting section in order to complete our off-season training and be 100% ready when it is GO-TIME!