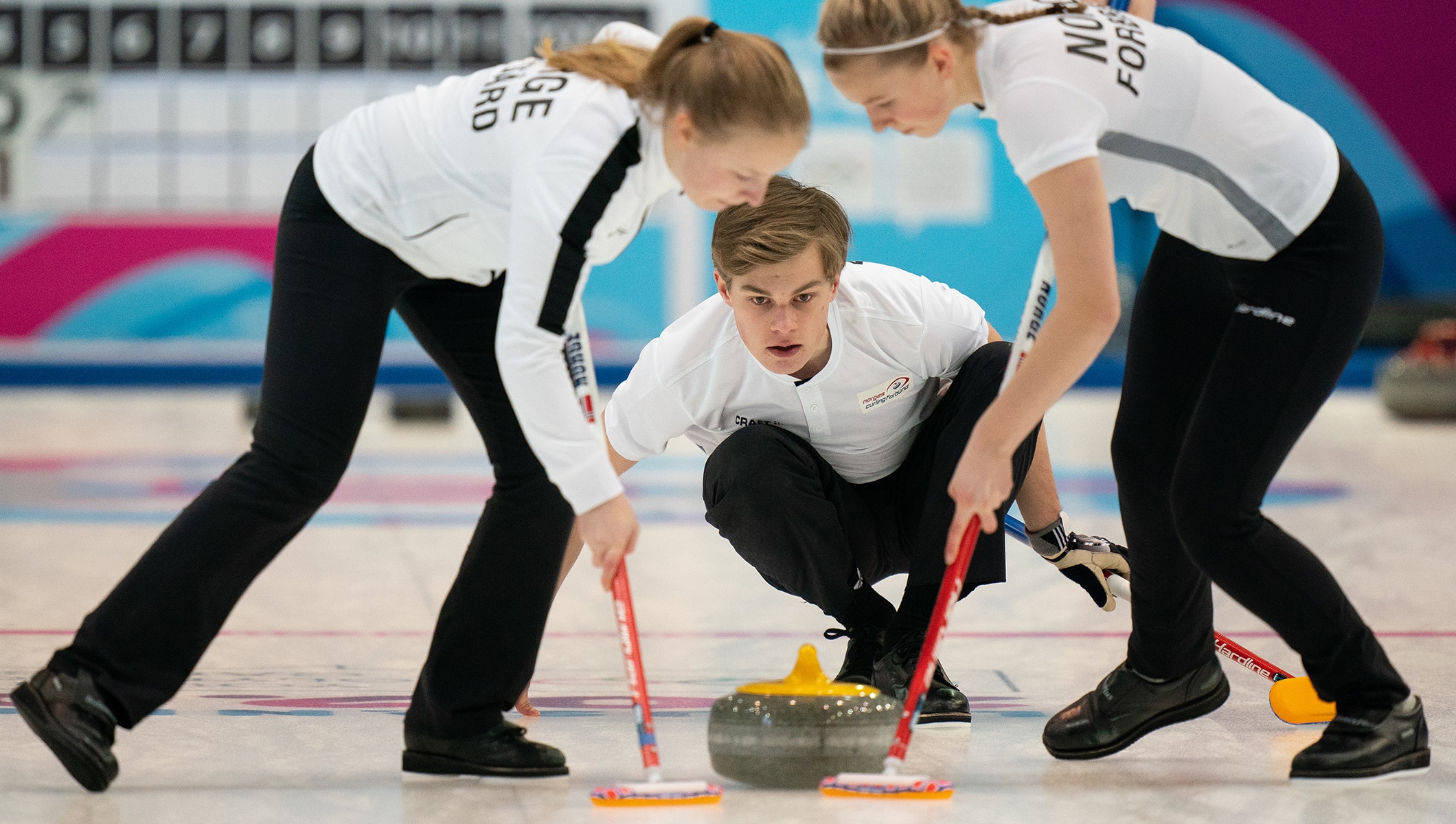 While playing the game, all curling players have to wear two different types of shoes. One is called the slider, made with a Teflon sole and worn on the slide foot. It is used for sliding out of the hack in order to deliver a curling stone down the sheet.

The other is named the gripper, worn on the hack foot and used for pushing out of the hack when the player delivers a stone. The gripper shoe is used so that the players can get more traction down on the ice in order to sweep faster and cleaner.

6. Curling has got at least one notable badass.

After winning the 1976 and 1978 World Junior Championships, Paul Gowsell of Calgary was dubbed the rebel of the curling world for his long hair as well as penchant for wearing plaid pants during games. In 1980, during a tournament at the Regina Curling Club, Paul ordered a pizza in the middle of play, while his opponents were curling, and ate slices on the ice with his teammates. That incident earned Gowsell yet another nickname: Pizza Paul.

Gowsell said to the Calgary Herald, “We get off the ice, we’re hungry, and everyone in the stands—there might’ve been 1500 people there to watch—is also lined up at the cafeteria, ordering food. Difference is, we’ve got to be back on the ice right away. So we just ordered a pizza. The guy in the little paper hat comes out there and I pay him for a couple extra-large Specials, deluxe with everything on ’em. Except anchovies. If people were upset, I can’t understand why. I mean, we were hungry.”

7. Curling is nicknamed The Roaring Game or Chess on Ice

Due to the rumbling sound a curling stone makes when it is delivered and how it glides across rough ice, the sport earned the nickname The Roaring Game. That name also refers to the sound of the brooms sweeping away and melting ice in order to guide the stone to the button of the house.

Curling is also called Chess on Ice since it requires a lot of patience and strategy to defeat your opponent.