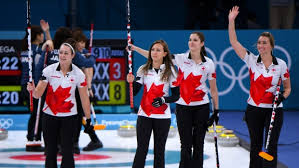 Politeness and good sportsmanship are a very important part of curling, that is known as the “Spirit of Curling.” Teams often congratulate opponents for smart strategy and good shots, while players are discouraged from trash-talking each other. In addition, conceding is also an acceptable part of the game. If a team believes there is no opportunity of winning or catching up, they can concede whenever after the sixth end. It is considered an honorable act of sportsmanship rather than a sign of weakness. Winning teams are also known for inviting the losing team a round of drinks after games, particularly at the highest levels of competition.

9. Curling has many celebrity fans

There are a number of celebrities such as famous musicians, actors, and professional athletes who are big fans of curling. For example, George Clooney became a fan when filming The Perfect Storm in Canada in 2000.

There are other celebrities who are fans of the sport, including British race car driver Dario Franchitti, Toby Keith, Bruce Springsteen, and NFL tight end Vernon Davis, who was named an honorary captain of the U.S. Olympic Curling Team due to his passion for the sport.

Now let’s talk about controversy. In spite of the respectful nature of the game, the world of curling is familiar to scandals, with one of the most famous being the predictably named Broomgate.

This was brought upon by new broom technology that was considered to have allowed the sweepers too much control over a game. In its original version, the players who throw the stone need a high level of technique so that it can land in its designated place. However, the ice-pad sweeper was very efficient and could make sand on the cold surface of the hand to make the stone work easier. This mechanical dependence on strategies damages the sanctity of the threat. This was then banned by the World Curling Federation in the 2015/2016 season, and new guidelines were introduced soon after.